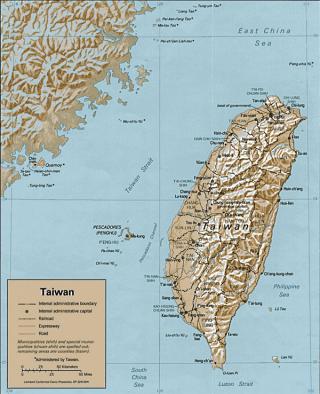 Advancements in science and technology, particularly computer and networking capacity, have allowed many civil aeronautics authorities to expand and modernize their aeronautical weather capabilities and services with the intention of providing their end users with more timely, accurate, and ready to use weather information. The primary objective of developing and implementing an advanced capability is to provide high-resolution four-dimensional (space and time) aviation weather products to meteorologists, pilots, air traffic controllers, and airline dispatchers and station operators in order to enhance flight safety and aviation system capacity.

Since 1998, the National Center for Atmospheric Research (NCAR) has been partnered with the Taiwan Civil Aeronautics Administration (CAA) to develop an advanced aviation weather system called the Advanced Operational Aviation Weather System (AOAWS) for Taiwan aviation system users. NCAR's local Taiwan partner on the project includes the Institute for Information Industry (III) (1998- 2008) and InfoExplorer Ltd. (2009 to 2010), and International Integrated Systems, Inc. (2011 to present). The main objective of the AOAWS is to enhance operational safety, capacity and efficiency in the terminal and Taipei Flight Information Region (FIR). The AOAWS product suite is designed to aid both tactical and strategic decision making for the direct users of the system, specifically pilots, controllers, traffic managers, and forecasters at the Taipei Aeronautical Meteorological Center (TAMC) supporting the formulation of aviation weather products. 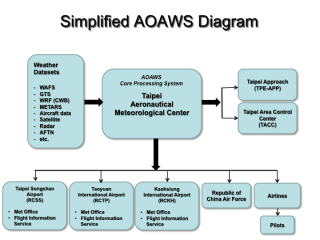 Illustration of the major components of the AOAWS. The WMDS is the Web-based Multi-dimensional Display System, an integrated display including all relevant aeronautical weather information. A high-resolution numerical weather model is at the heart of the system.

The AOAWS operational concept has been developed by coupling user requirements with current scientific and engineering capabilities. Extensive experience gained by NCAR during development, deployment and operation of the Terminal Doppler Weather Radar (TDWR), Low-Level Windshear Alert System (LLWAS) and other advanced aviation weather systems for theFederal Aviation Administration (FAA) in the U.S. and the Windshear and Turbulence Warning System (WTWS) for Hong Kong provides a solid framework for an AOAWS operational concept.

Advanced aeronautical weather systems, such as the AOAWS, typically include a high-resolution weather model, model data post-processing system for calculating aviation impact variables such as icing and turbulence, display systems that allow users to interactively view weather products both in plan view and along flight routes, and servers to disseminate the information to end users in remote locations. A conceptual illustration of the AOAWS is shown below. 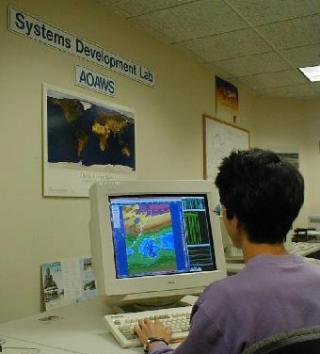 Chun-Ming Jou (So-So), visiting engineer from the CAA in Taipei,  is working on the MDS display at the AOAWS lab in Boulder.

Major issues considered in the development of AOAWS concepts:

The windshear alert generation strategy should be consistent with FAA and other established systems. For example: 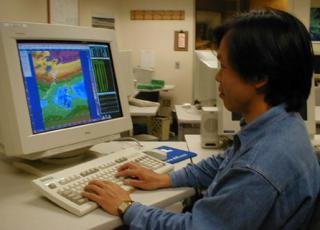 Ching-Huei Hsu (Jeff ), a visiting engineer from the CAA in Taipei,  working on the AOAWS MDS display at the Boulder lab.

Because airspace is limited, especially during bad weather, it will be important to utilize all available AOAWS information in order to optimize operations.

Maximizing the utility of the AOAWS windshear components is a function of how the system is ultimately used in an operational environment and this is governed by its capabilities and performance.

Microbursts are well recognized as an aviation hazard. Until the U.S. TDWR and Enhanced LLWAS systems were developed and implemented, no explicit microburst alerts were available. Onboard reactive windshear devices now provide windshear alerts to help pilots recognize that they have entered a windshear event, but they are reactive and do not provide an alert that can help pilots avoid windshear before they enter the event. Forward-looking systems are now just coming into operation and these will provide alerts of a minute or two ahead of entering windshear events. The ground-based systems (TDWR and LLWAS), which define microbursts as windshears with peak-to-peak windspeed differences of > 30 kts over distances < 2.5 nm, have microburst probabilities of detection (PODS) > 90% and false alarm rates (FARs) < 10%. Due to the high performance, the U.S. airlines have developed the policy that aircraft operations (approaches or departures) must cease if a "microburst alert" is given by these systems. When the TDWR or LLWAS systems generate a "windshear-with-loss alert", which is defined as a peak-to-peak windspeed difference of 15-29 kts over a distance of < 2.5 nm, it is up to the pilot to determine whether to continue operating.

Convective windshear events and microbursts typically last about ten minutes. This short duration is due to a combination of the true life cycle of the events coupled with the fact that they are usually moving with the precipitation cells. At times when the precipitation cells are moving more slowly (< 20 kts), the windshear events may impact the airport operations for a longer period. The avoidance of the hazard is an obvious safety benefit; however, every delayed departure and missed approach will disrupt the traffic flow and hence, impact capacity (if airspace is limited). The geographical information provided to the air traffic supervisors and managers on the GSD provides an opportunity to see the "bigger picture" and minimize disruptions. 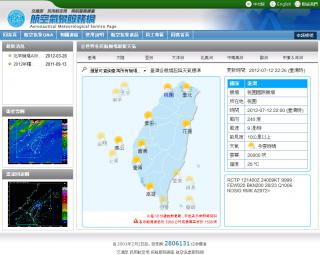 An example of an AOAWS web system homepage

The AOAWS Web System will be styled after a Web system that was developed by NCAR and NOAA for the NWS Aviation Weather Center (AWC) in Kansas City, Missouri. The complete AWC Web System can be viewed here: www.aviationweather.gov

The web system developed for AWC was first implemented in 1996. Since that time it has evolved from a gridded data server to an excellent resource for accessing world wide aviation weather information. The AWC system was designed for non-meteorologists (pilots, airline dispatchers, etc.) and its interface is simple and intuitive.

The AOAWS Web system will follow the general style of the AWC system for the following reasons:

After the completion of the AOAWS Web system, a Chinese language interface will be created in the appropriate places. The Help function will also be converted to Chinese to make it easier for Chinese speaking users to interpret the products.