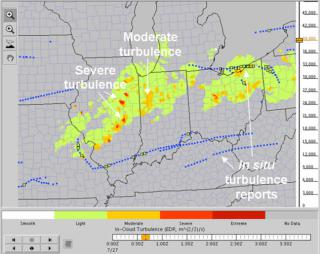 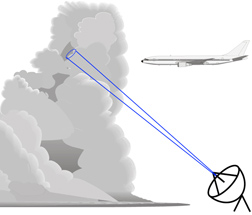 166 FAA, NWS and DoD NEXRADs are currently in operation, providing Doppler wind and wind variability measurements as well as the more familiar reflectivity. The NTDA is a software upgrade that uses these data to detect in–cloud turbulence before aircraft encounter it. 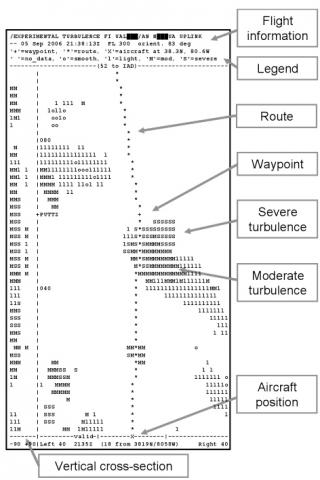 The first version of the algorithm, NTDA–1, was delivered to the NWS Radar Operations Center and deployed on all NEXRADs in 2008. The next version, NTDA–2, accommodates recent NEXRAD changes and is targeted for deployment in the 2012–2013 timeframe. A prototype version, running in real–time at NCAR, processes Level II data from 133 NEXRADs around the U.S. and produces a 3–D mosaic of in–cloud EDR updated every 5 min. In addition to possible direct use by pilots, airline dispatchers and air traffic control meteorologists, the NTDA data are being incorporated into a new Graphical Turbulence Guidance Nowcast (GTGN®) product. Given the highly transient and spatially variable nature of in–cloud turbulence, maximum benefit of the NTDA product can be achieved if pilots can receive this information in the cockpit in nearly real time. This capability has been demonstrated in collaboration with United Airlines: character graphics depictions of in–cloud turbulence 100 miles ahead and 40 miles to either side of the planned route were uplinked to selected United Airlines flights via ACARS. Pilots indicated that this information could be very useful for making tactical decisions near storms, suggesting that this product could improve airline safety while reducing delays due to unneeded deviations.