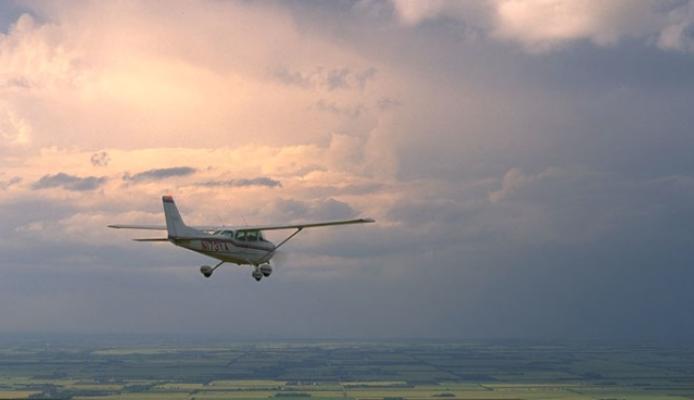 Low ceiling and reduced surface visibility can yield significant impacts across the spectrum of aviation activities. For a general aviation pilot, limited ceiling and/or visibility (C&V) present a significant safety hazard that must be carefully considered in making the pre-flight go/no-go decision, especially when planning to fly under Visual Flight Rules (VFR) in Visual Meteorological Conditions (VMC). A pilot may operate under Instrument Flight Rules (IFR) when using an appropriately equipped aircraft in either VMC or Instrument Meteorological Conditions (IMC). For commercial aviation, advanced aircraft equipment and pilot experience enable safe operations in low C&V conditions, but traffic flow capacity at impacted terminals may drop markedly (e.g., San Francisco International Airport). This reduction in capacity can be a major cause of flight delays and cancellations, and propagate upstream from impacted terminals to feeder terminals where no C&V problem exists.  Remotely piloted aircraft (uncrewed aerial systems, UAS) may be required to operate under Visual Line of Sight (VLOS) rules unless the operator has permission to fly Beyond Visual Line of Sight (BVLOS). Thus, low C&V conditions will impact UAS operations as well.

Visibility is a measure of distance over which an object or light can be clearly seen. Limited visibility can occur for various reasons, including low clouds (fog), heavy precipitation (both rain and snow), haze, smoke, or blowing dust. Visibility may vary as a function of direction and viewing angle. NCAR research showed that snowfall type and intensity have a significant impact on visibility.

A number of commercial products are available to determine cloud ceiling, including ceilometers and cloud height indicator sensors. They operate based on a vertically pointing light source and ranging capability (lidar). Automated visibility sensors measure the meteorological optical range defined as the length of atmosphere over which a beam of light travels before its luminous flux is reduced to 5% of its original value. Reasonably accurate measurements are possible over a range of visibility extending from a few tens of meters to a few tens of kilometers. Airports may deploy Runway Visual Range (RVR) equipment to determine visibility. Increasingly webcams are exploited to determine ceiling and visibility information as well. At its Marshall field site, NCAR continues to test and evaluate a wide range of meteorological instrumentation.

Today’s modern numerical weather prediction models generate output that includes ceiling and visibility information. The raw model output may be biased or inaccurate in complex environments, like mountainous terrain, coastal areas or near major rivers, which is why post-processing methods are applied to blend in available observations and statistically enhance the final guidance product. Observations may include varied surface, webcam, and satellite observations, and the blending may be accomplished by a wide array of data fusion techniques. NCAR has broad expertise in determining and predicting ceiling and visibility for a variety of applications. For example, the Helicopter Emergency Medical Services (HEMS) Tool has been specially designed to meet the needs of low-altitude VFR emergency first responders. Moreover, NCAR is also conducting research to explore use of UAS-based observing capabilities to improve fog prediction.