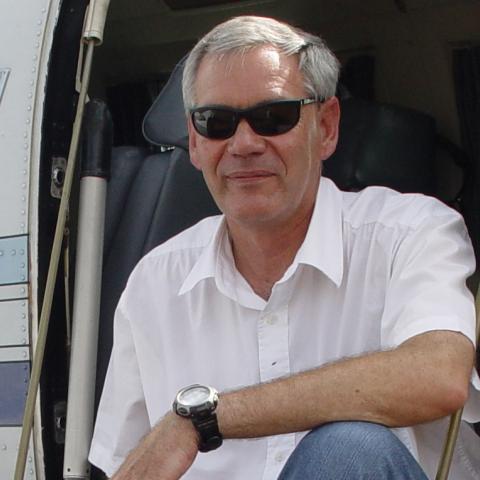 The Weather Modification Association (WMA) recently recognized RAL scientist Roelof Bruintjes with the Schaefer Award – described by the WMA as their most coveted prize.  The Schaefer Award is not presented on a regular basis and is intended “for scientific and technological discoveries that have constituted a major contribution to the advancement of weather modification,” according to the inscription on the award.

“Roelof has strengthened the scientific underpinnings of weather modification programs, established close relationships with scientists nationally and internationally, and developed a reputation for providing critical and unbiased assessments of various weather modification-related technologies,” said Dan Breed who has worked extensively with Bruintjes on several different projects.

After completing his education in South Africa, Bruintjes began work at NCAR as a postdoc in 1991 and has worked here ever since.  With more than 25 years of experience in weather modification, Bruintjes is one of the world’s leading experts on the topic.   He serves as chair of the World Meteorological Organization’s (WMO) Expert Team on Weather Modification.  He is also head of the Aerosols and Precipitation group in RAL’s Hydrological Applications Program where he mostly works on aerosol-cloud interactions, cloud physics, and radar meteorology.

“It’s a great honor to get the recognition.” said Bruintjes.  “It’s always the science.  It goes back to the original NCAR slogan ‘science in service to society.’”

Bruintjes has received two additional WMA awards in the past:  the Thunderbird Award (2012) and the International Award (2009), designating him as only the second person to ever receive all three awards.