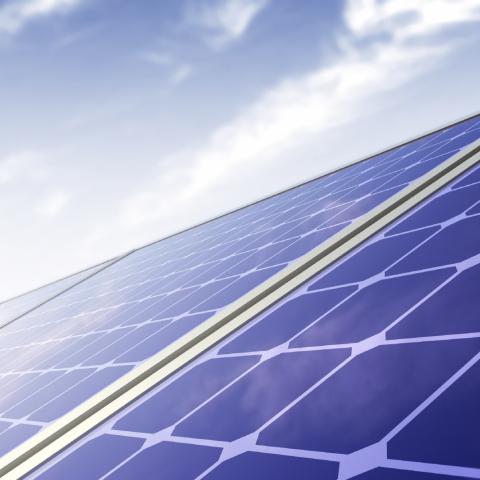 "The New York Power Authority (NYPA) and several research partners are moving into the final phase of a solar forecasting project, funded at $1.85 million, that will be able to predict solar energy generation to improve electric grid reliability and economic efficiency of power systems. The innovative solar study supports Governor Andrew M. Cuomo’s Green New Deal, which puts forth a plan to transition New York State to clean energy and sets the nation’s most ambitious goal for carbon-free power.

'Fully integrating solar power into power system operations will be key in New York State’s transition to renewable energy, but it can be challenging to predict how much energy will be generated on any given day,' said Alan Ettlinger, NYPA’s director of research, technology development and innovation.'NYPA is working with research partners to develop the best technologies to improve forecasting of solar energy output so we can learn how to better maintain grid reliability and ultimately reduce operating costs.'” Contact: Lynne Smith | lynne.smith@nypa.gov | (914) 681-6916) Link to Full Press Release from NYPA here

NCAR began this multi-phase, multi-agency effort to improve solar forecasting for New York State in 2017. Phases 1 and 2 were funded by both the New York Power Authority (NYPA) and the U.S. Department of Energy (DOE), with collaborating partners at the Electric Power Research Institute (EPRI) and Brookhaven National Laboratory (BNL). This final phase, Phase 3, is funded by the New York State Energy Research and Development Authority (NYSERDA) and DOE (the Department of Energy), and also includes EPRI, BNL, and the University at Albany as partners.

“Fully integrating solar power into power system operations will be key in New York State’s transition to renewable energy, but it can be challenging to predict how much energy will be generated on any given day,” said Alan Ettlinger, NYPA’s director of research, technology development and innovation.

NCAR’s Phase 1 work used a WRF-Solar® 10-member ensemble to assess the modeled variability in solar resource, using locations around New York where BNL installed networks of sky cameras. During Phase 2, NCAR built upon information gathered in Phase 1 to configure WRF-Solar for a one-year reforecast dataset of WRF-Solar nowcasts (0–6 h) at 3-km grid spacing over the entire state of New York. This WRF-Solar reforecast dataset, combined with meteorological and irradiance observations from BNL's solar base station, provided the training dataset for machine learning methods ("StatCast-Solar") to blend recent observations with WRF-Solar for improved nowcasts of irradiance within the first 1–3 hours.

How does it work? The solar forecasts, based on solar irradiance observations from pyranometers, and imagery taken by these cameras, track the movement of clouds and estimate their impact on solar availability and generation. Simply put, cloudy days mean less solar gain, so predicting sunny conditions and cloud cover informs the power generator operators to better manage the use and reliability of the power grid.

During this study, a new forecasting model with improved algorithms will test and evaluate data from all of the imagers, synthesized into a regional very short-range forecast for Albany and Long Island. Meteorological and irradiance observations from the New York State Mesonet, operated by the University at Albany, will allow NCAR's blended WRF-Solar/StatCast-Solar nowcasting system to be extended across New York State. This statewide solar nowcasting system will enable the prediction of expected power generation at select utility-scale solar plants and aggregations of distributed (e.g., rooftop) solar installations, where data are available, providing utility companies with more information for effective management of the electrical grid. The benefits of deploying this innovative solar forecasting statewide will be assessed and demonstrated during the course of this project. The long-range goal is improving the accuracy of solar forecasting, leading to improved grid reliability and lowered operating costs, which would in turn, help facilitate the installation of even more solar power across New York State.

Visit this link for more information on our Solar Forecasting work.