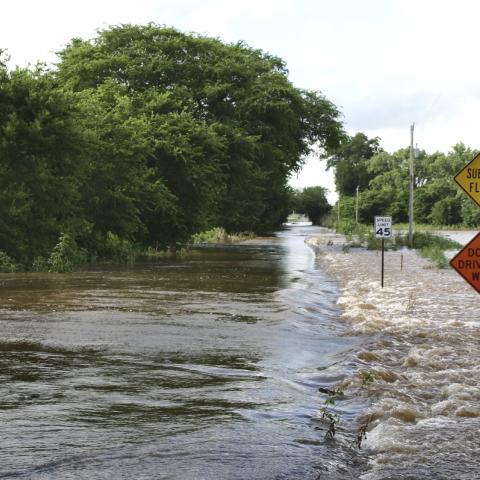 Hurricane Florence continued to ravage North Carolina on Sunday, prompting weather alerts for every county in the state. The storm moved sluggishly — it made landfall at about 6 mph Friday and had slowed to 2 mph on Saturday, dumping massive amounts of rain as it went. The deluge, called a 1,000-year rain event by the state’s governor, swelled rivers and drew comparisons to last years’ Hurricane Harvey. But Florence’s slow forward movement and dangerous torrent of heavy rain aren’t unique to hurricanes. These features are also present in big storms that strike around the country. And what’s more, extreme rainfall events are hitting more often, and big, slow-moving systems are becoming more common. As the climate changes, it’s not just that we can expect to see more hurricanes like Florence, it’s also that more storms of other types will look like this, too.

Even though hurricanes are formed differently from inland storms, the basic components of a record-breaking flood can be present in both, said Andreas Prein, a scientist at the National Center for Atmospheric Research. “It takes very high rainfall rates, high precipitation. It has to cover a big area. And it has to move slow. Those are the big ingredients that produce a big flood,” he said.